The one major downfall about texting isn’t the guesswork of trying to figure out the tone of the conversation as it unfolds or analyzing response time from friends trying to discern whether or not they’re ignoring you or just for real busy, but is certainly more serious than ego and affects every human on this planet.  It’s the doi-yoi’s out there that still think texting and driving is cool. The dumb dumbs that think not texting and driving doesn’t apply to them, because somehow they’ve mastered mad texting skills that absolve them from this dangerous form of multitasking.

If you’re one of these “cool” humans that are still “too busy” to put down your phone whilst in your vehicle then maybe we can convince you to change with our Chat Trigger feature.

With Chat Trigger you can still capture all the details of your received messages via text message and email and our system will also instantly notify the sender on your behalf that you’ve received their message and you’ll respond when you are able to do so. 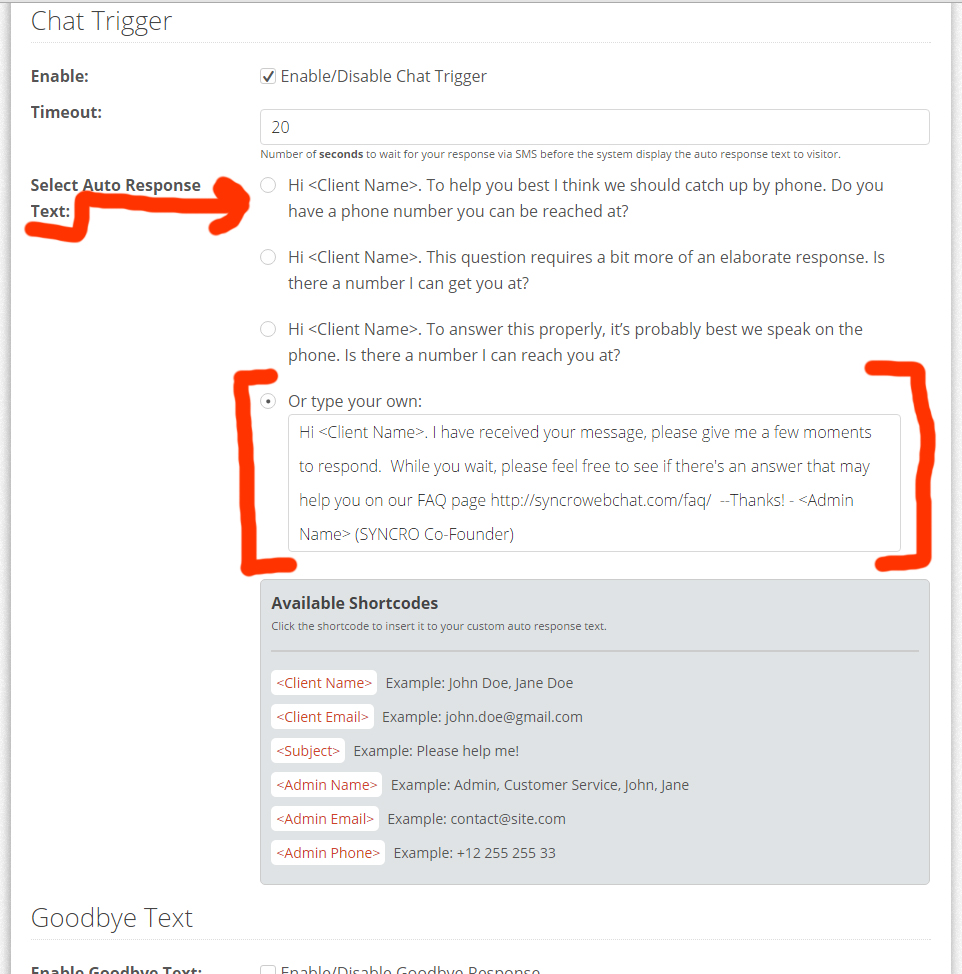 This nifty form of immediate automatic response will not only satiate the message sender for the time being, but will also quash your anxiety to provide an instant response.

Let’s face it, not only is it dangerous to respond to texts, emails and non bluetoothed calls and in some places (why not all?) illegal, but it’s also not necessary to be that on the ball!  Think about what we did before the advent of mobile devices and understand that no response is more important than your own life or the lives of others out there on the road.

However, if you want people to know you’re not being anti-social, and haven’t dropped into the realm of no signal-ville then hook SYNCRO up to your website and give them a something to chew on until you can safely send back your response. Safety first kids.  SYNCRO has your back.